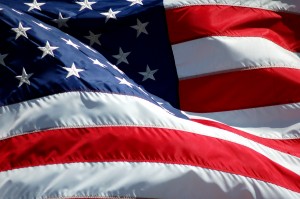 “America is the greatest country in the world.”

I’m hearing this phrase more and more these days. So much so, I’d even go as far to say that it’s now a political talking point. It’s no longer good enough that I love my country, I must now proclaim that it is the greatest among all others. I don’t think love and greatness are necessarily linked. I love burritos but I still wouldn’t say that it’s the world’s greatest food.  Even when the “greatest” designation can be substantiated with statistical facts, we are still unable to reach consensus. You would think that the person that hit the most homeruns would be considered the greatest homerun hitter but we know it’s not that simple.

The “greatest” designation carries with it a pretty strict definition. When something is declared the “greatest”, it means that all others are lesser. It also means that if you don’t agree that we are the greatest, you are either ignorant or lying. So, what does it mean to be the greatest, anyway? If we declare that the entire country is the greatest, does that also mean that its citizens are greater than the citizens of all other countries? Deserving of more consideration?  More resources?  Grading the worth of a person based on where they are born creates separation and justifies discrimination.  Is it possible to work for the betterment of all humanity when we regard ourselves and our interests as more important than all others? Am I making a big deal about this simple declaration? Perhaps, but I feel that it’s important to know what our words mean and the underlying feelings they generate.

I love America. My country was created based on the strong principles of freedom and equality that we boldly strive to live up to every day. I feel that America represents not only a place but a journey to toward a greater realization of these principles. Our foundation is the idea that ALL men are created equal not just all Americans. Of all American ideals, I hold this one most sacred. This is a belief in the oneness and value of all people regardless of any condition including place of birth. What makes America great is that it embraces the idea that no person is greater than any another.