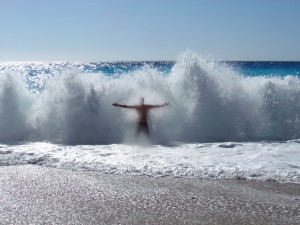 Long ago, when I was just a little kid, I saw a comic on TV who was complaining about February being Black History Month (BHM). His complaint was “The man shorted us again! We have a month to celebrate our history but it’s the shortest month on the calendar!” As a black man, I certainly appreciate the gesture of having a month set aside to acknowledge the contributions of my race to American society but, for some reason, I’ve always remembered that routine and had this lingering feeling about BHM as being somewhat “less than”.

* February is unique. There’s only one month with just 28 days. If we value things because of their rarity, February could be considered the most valuable month of the year.

* February is responsible for keeping the rest of the calendar balanced. Our method of timekeeping is good but it’s not perfect. Every 4 years, an adjustment must be made and February is the month that’s called upon to add a day to balance everything out and keep order.

* February is love. We have chosen a day in the middle of the month to recognize, share and actively enjoy the idea of love with Valentine’s Day.

Yes, February is the shortest month of the year but that doesn’t diminish it’s importance in the least bit. Indeed, it gives it a character and strength of it’s own.

Changing perspectives on this issue carried with it interesting side-effects. I no longer look at BHM or the month of February and feel a sense of lack. It’s now a source of strength and beauty. This feeling wasn’t ruining my life or anything but I was able to take a long-held negative belief and change it simply by looking at the situation from a different perspective. Are there limits to finding peace in this way? Try it for yourself.

Find your own February. Start with something small and seemingly insignificant. Once you found it, try to look at it from a different perspective. Instead of a curse, look upon it as a blessing and create an argument to support that belief. Really, put your all into supporting this new perspective. Don’t worry, you can go back to disliking it after the exercise. When you’re done, examine how you feel about the issue. Were you able to find a new blessing in your life?